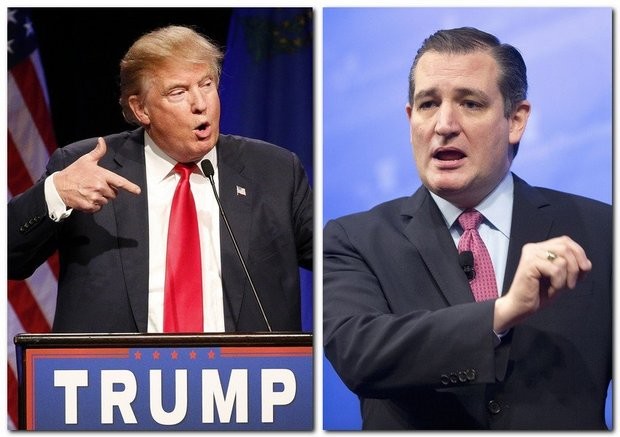 A new feature at Americans Daily News unveils today. It is the weekend recap, your quick update on the big stories that happened while you were enjoying a much-needed break from work.

Nancy Reagan Passes Away at 94

Nancy Reagan, the wife of the late President Ronald Reagan, passed away at 94 from congestive heart failure at her home in Los Angeles on Sunday. She was popular for her anti-drug “Just Say No” campaign and very protective of her husband. Upon her death, politicians and leaders poured in their condolences. Former Republican presidential nominee Mitt Romney called it a “final goodbye to the days of Ronald Reagan,’ while President Barack Obama said she had ‘redefined the role in her time here.”

A few years after the Reagan’s left the White House in 1989, Ronald announced he had Alzheimer’s, a degenerative disease affecting the brain that many call the long goodbye. Nancy was instrumental in caring for her husband in those years and pushed for stem-cell research to better combat the disease and eventually find a cure.

She is survived by her daughter, author Patti Davis, and son, political commentator Ron Reagan, as well as three step-grandchildren from stepson, Michael Reagan, and stepdaughter, the late Maureen Reagan.

The scorecard may have read 2-2, but Texas Sen. Ted Cruz was the clear winner on Saturday as he had commanding wins in Kansas and Maine, as well as closer-than-expected losses in Kentucky and Louisiana. The first indication it was going to be a good day for the conservative Tea Party stalwart was when he nearly hit the magical 50 percent mark, only the second time this campaign that a Republican candidate nearly won an outright majority of the votes.

This was repeated shortly afterwards in Maine, long believed to be favorable to Donald Trump and Ohio Gov. John Kasich, when he reached 46 percent of the vote. Then came Louisiana, where television networks quickly called the race for the billionaire businessman. But Cruz began crawling even closer to Trump, prompting FiveThirtyEight’s Harry Enten to comment that maybe the networks should hold off on calling the state. In the end, Trump finished with 41 percent of the vote to Cruz’s 38 percent.

Early voting for Louisiana showed Trump with a 47-23 win over the Texas senator. Election Day votes, however, were 40.9 percent for Cruz and 40.5 percent for Trump, a big gain for the conservative.

Sunday was a day Florida Sen. Marco Rubio could finally smile. After struggling to maintain his message as the establishment choice with less-than impressive results on Super Tuesday and even worse outcomes on Saturday, Rubio was able to easily win a primary contest, albiet in Puerto Rico. The 71 percent win will give him 41 delegates for the weekend (having won all the delegates on Sunday and a handful of them on Saturday).

More importantly, the win will benefit him in the March 15 primary in Florida as the large Puerto Rican population in that state was paying close attention to what was going on. Rubio needs to win in Florida if he wants to stay alive throughout the remainder of the primary season.

Bernie Sanders appeared to have a really good weekend, winning Kansas, Nebraska and Maine, but Hillary Clinton was the big winner during the weekend with Sanders continuing to struggle in states with diverse voters.

Each of the Sanders wins were by margins greater than 15 percent, but the delegate math made it possible for Clinton to secure a large share of delegates for the three states, plus more than doubling the number of delegates in Louisiana. Despite the big wins for Sanders, he still remains off track for the nomination, having secured just 86 percent of those needed by this time in the primary. The biggest boon for Clinton was her continued victories from a broad coalition over voters in the Democratic Party, especially minority voters. With Mississippi, Michigan, Florida and North Carolina coming up in the next eight days, her 200-delegate lead could significantly widen.

Last year, the University of Illinois fired head coach Tim Beckman after an investigation over allegations of player mistreatment. Bill Cubit, the offensive coordinator, was tapped to be the interim head coach for the season, getting the nod as the permanent coach with a two-year deal worth $2.4 million.

Then, on Saturday, Cubit was let go by the school’s new athletic director Josh Whitman. Less than 24 hours later, former Tampa Bay Buccaneers head coach Lovie Smith was hired by the Illini with a six-year, $21-million contract, $2 million of that for each of his first two seasons.

Smith will become the first black head coach for either football or men’s basketball for the state school.

“Naming Lovie Smith as the Illinois head football coach is the first step in taking this program to a place of national prominence,” Whitman said in a statement.

Just over a month after winning his second Super Bowl, NFL quarterback Peyton Manning has decided to retire.

The five-time NFL MVP and future Hall-of-Famer informed the Denver Broncos of his decision Saturday afternoon. ESPN’s Chris Mortensen first broke the news that sent a flood of praise for the 18-year star. Manning will retire as the leader in passing touchdowns, passing yards and tied with Brett Favre for the most wins for a quarterback.

He first played for the Indianapolis Colts, leading them to a Super Bowl win in 2006 against the Chicago Bears. But a spinal fusion surgery forced him to miss the 2011 season. He then turned to the Broncos the next year and had one of the most historic seasons for a quarterback in 2013.

United CEO Oscar Munoz suffered a heart attack just a month after taking over his new job. Then, a few months later he had a heart transplant. Now, two months after massive surgery, Munoz is back at his desk, ready to turn around a company struggling to keep its customers and employees happy.

“I am thrilled to return full-time to a job and the employees I love,” Munoz said in a statement announcing his return over the weekend. The CEO replaced Jeff Smisek ammid a corruption investigation in New Jersey. At the time, Munoz’ elevation to the job brought confidence and relief for a company that had problems during its merger with Continental Airlines, with longer flight delays and even more ala carte charges to passengers. But his heart attack and subsequent transplant left the company worried for its future, a problem Munoz plans to rectify as quickly as possible.

Does Trump Have A Super PAC?

Jenny Beth Martin: In Defense of a ‘Changed Mind’

New Hampshire Not About Who Will Win But By How Much 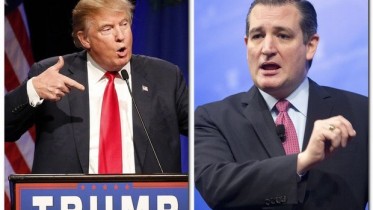 A quick roundup of the weekend’s news. Reagan passes, Cruz cruises, Rubio shows a brief sign of life, Clinton rolls, Illinois switches coaches, Manning retires. A new feature at Americans Daily News unveils today. It is the weekend recap, your quick update on the big stories that happened while you were enjoying a much-needed break from work. Nancy Reagan Passes Away at 94 Nancy Reagan,…