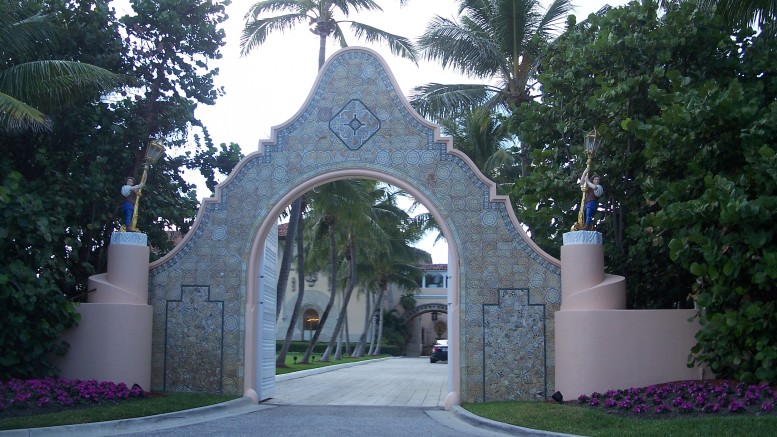 Donald Trump may say he is against illegal immigration, but his company has continually hired foreign workers over Americans for years.

Visit Donald Trump’s Palm Beach resort and you’ll find one of the most exclusive clubs in South Florida. So exclusive that American’s wanting jobs seem to have a hard time getting one there.

That’s the story from The New York Times, which reported that nearly 300 American citizens have applied or were referred to apply for work as resort staff, but only 17 have managed to get hired. It stands in contrast to comments Trump made Thursday night when he said that he “can’t get American people” to do such jobs.

Instead, Trump’s Mar-a-Lago Club has hired hundreds of foreign workers with guest visas, a clear no-no in his immigration plan that calls for bringing back jobs that were outsourced overseas, punishing companies that hire illegal immigrants, and ending the worries American workers have about foreigners taking their jobs.

More than 500 visas for foreign workers have been sought by Trump’s company, based on data from the U.S. Department of Labor, but hundreds of American workers are stuck without those jobs they want.

The guest worker program, also known as H-2B visas for temporary, non-skilled labor, is one of several programs where an employers can legally hire foreign workers when Americans are not available to do the same job. In order to get the visa, Mar-a-Largo stated on applications that it was unable to fill the jobs with American employees, something Trump said himself when on MSNBC in September and during the 10th Republican debate in Houston on Thursday night.

“Getting help in Palm Beach during the season is almost impossible,” Trump said. The Times reported that Trump said this month “The only reason they wouldn’t get a callback is that they weren’t qualified, for some reason. There are very few qualified people during the high season in the area.”

Based on Trump’s statement, then, only 6 percent of those who applied for jobs at the resort were deemed qualified or was willing to take the job. That did not sit well with Renee Seymore, a 22-year-old woman who spoke with the Times about her application to be a waitress in 2015.

“They told me I had a great interview,” Seymore said. She had previously worked in a similar position at a barbecue restaurant. “But I never heard anything back.

Mar-a-Lago did not speak to the Times about why Seymore was passed over for a foreign worker, and Florida’s records did not include a reason why specific candidates were not chosen.

This is not an entirely new trend just for Trump, though. A growing number of companies, and foreign workers, have traveled though the Labor Department’s H-2B program. It has caused labor groups, such as unions, to push for more investigation into whether companies are truly unable to find American workers to fill the jobs. Currently, Labor is investigating whether a company Disney had hired to find staff abused the program to replace Americans already on the job with foreign workers.

Meanwhile, in Palm Beach County, Florida, Tom Veenstra, has a problem with Trump’s assertion. Veenstra is a senior director at CareerSource, a job placement firm, and does not believe Trump’s company has been looking hard enough.

“We have hundreds of qualified applicants for jobs like those,” he said. When Reuters first reported After a report by Reuters in August over Trump’s guest worker problem, administrators at Mar-a-Lago met with Veenstra’s agency, looking for local residents for 50 positions. But the club only sent one job request: a banquet server. CareerSource sent four applicants to the resort and one landed the job.

No other job request from Mar-a-Largo has arrived since.

There are other clubs and resorts in Palm Beach that use guest workers. Breakers, a well-known resort not far from Trump’s, has been employing this practice for some time. Experts say it is because the foreign worker is a captive work force for the employer. That’s because those on guest visa’s cannot change jobs without getting a new visa, which prohibits guest workers from wanting to complain about mistreatment or try and find something new and risk losing their jobs — and their visas.

“You almost have them as indentured servants,” said Danny Fontenot, director of the hospitality program at Palm Beach State College. “And they affect everyone else’s wages. You can make a lot of money by never having to give your employees raises.”

Greg Schell, a lawyer in the same county, has been working to sue companies on behalf of guest workers for labor violations. He told the Times that companies often make little effort to find local residents for jobs.

“I have seen no dmonstrated need to import guest workers for the hospitality industry,” Schell said. “Employers who want to find American workers find them.”

Trump’s company has been requesting visas for its employees for at least 15 years, based on Labor Department reports, including at the Mar-a-Lago Club, where the initiation fee is $100,000. The low- and non-skilled jobs include housekeeping for the eight seaside cabanas and the guest rooms and suites in the main house, which is a mansion that used to be home to Marjorie Merriweather Post, the founder of General Foods. Also employed are chefs, waiters, and other hospitality staff. Trump has also used the guest worker visa program for his golf clubs in Florida, a vineyard in Virginia and other golf clubs in New Jersey.

Seen on American Daily News: Trump Could Be Speaker (Sort of) 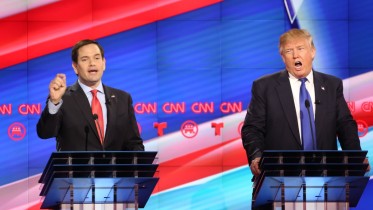 Rubio Ramps Up His Attack On Trump

No longer the robot on stage, Marco Rubio transformed into the Anti-Trump during the 10th Republican debate. The question remains on whether it will help him for Super Tuesday. Florida Senator Marco Rubio’s campaign team promised they would not go after Donald Trump during Thursday night’s debate. The misdirection worked as the consistent second-place candidate forced the conversation away from Trump’s inevitability to his anger….

Election Analysis: Jason Gonzales can’t hide from his past